4 years ago, today, I fractured and dislocated my shoulder.

A fun day of ice-skating quickly became a pivotal moment in my life.

A couple of friends and I had gone skating for a few hours. It was a rainy day so the ice was filled with an abnormal amount of water. Stopping on this ice was particularly hard as a traditional hockey stop was slowed down significantly by the thick layer of water.

We skated around, played tag, and went around the outdoor arena chatting and cracking jokes.

My Mom had called me saying she would pick us up in about 10 minutes. That was just enough time to head off the rink, untie our laces, clean our skates, pack up, and convene at the exit of the park.

My friend was making his way off the rink and, naturally, I trailed behind.

We have a great relationship, so I knew it was the perfect time to pull a prank.

As he was getting off the ice, I would accelerate closely behind him, perform an abrupt stop, and have snow and water burst up onto his clothes.

The plan was perfect.

He had created some space. He had no clue what was coming.

Unfortunately, neither did I.

I took 10 or 15 large strides and approached the outskirts of the rink. There were about 3 meters of space between us. He stopped and was taking his first step out of the rink.

I had enough space to stop.

But then, just as I initiated my stop, a little kid – maybe 6 or 7 – took his first step in front of me.

I had a decision to make, with a split second to make it.

I could proceed with my stop. This would mean potentially vandalizing the child with the wrath of the snow, water, and possibly my own body as a result of completing the stop.

I could maneuver around the kid. This would protect the kid, though I wasn’t sure I had clearance to stop. 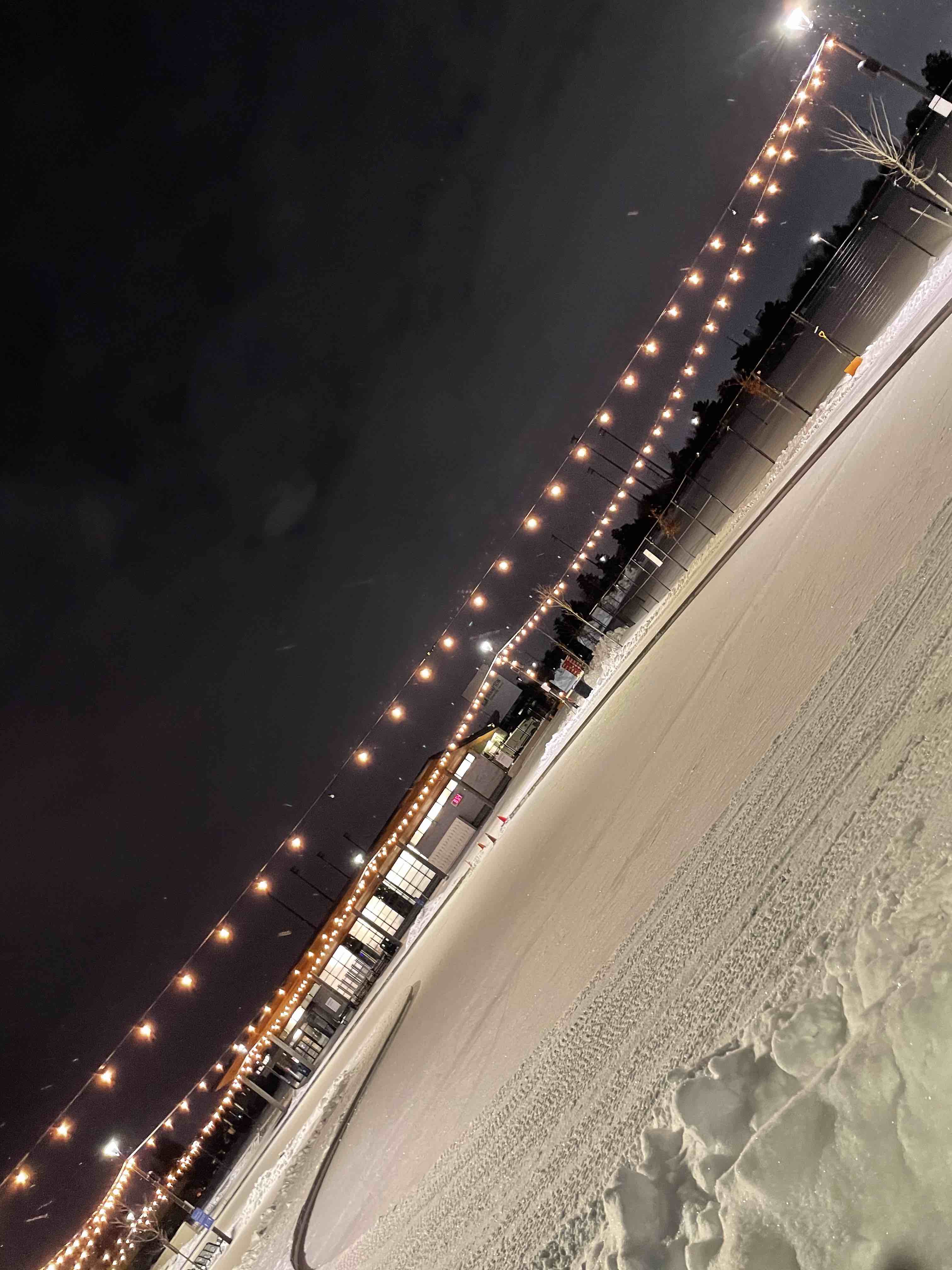 I visited the park 4 years later to reflect on what had happened. This post is a result of that.

Where normally it would have been just enough distance to halt to a stop, the excess layer of water decreased the power of my stop, substantially.

The entire event lasted maybe a second, but I can recount how I slid across the ice, where my stop became a fall, and at which angle I made contact.

Though, the stop was initiated by my shoulder banging into the concrete ridge of the rink.

My adrenaline was at peak levels. I couldn’t feel a thing. The crew, my friend, and supervisors ran to my assistance following the crash.

Before they could, I tried getting up myself.

I felt fine, but when I tried placing my arms down for support, my right arm wouldn’t follow.

I was unable to.

The scariest feeling that day was the feeling of disconnection.

It was a frightening realization that I had dislocated my shoulder.

It was more than pain.

I felt trapped.
I felt internally restless.
I felt useless.
My brain was powerless.

The synchronizations I had taken for granted collapsed in front of my eyes.

I was helped up after some time. There was immense pain hiding behind a blanket of adrenaline. I hadn’t felt the pain yet, so I was surprisingly calm.

“Oh you’re alright! You’re not even crying, you’re not in pain – it’s probably just bruised. Make sure to ice it when you get home!”.

Then a medic came. The medic asked me to remove my jacket and immediately noticed my shoulder out of place. It was visibly removed from its socket.

The medic asked me if I felt pain. I didn’t know how to respond. I felt pain, but I was tolerating it.

“Either your shoulder was always messed up, or it’s dislocated and you have a high pain tolerance”.

As it turned out, the latter was true.

As my adrenaline settled, I acclimated to the situation. I made myself aware of my biggest concern – my Mom.

The events were nicely coordinate with her arrival. I knew that she would be petrified – as any mother would. She came to the scene, and well – she was concerned, to say the least.

The medic suggested we visit the emergency room at the hospital.

To avoid my friends being tagged along, I suggested we drop them off first. It’d be a long night ahead of us.

My Mom was reluctant, as putting their needs over mine went against her maternal instinct.

I insisted, and she agreed.

We drove back to our neighbourhood and dropped my friends off. Then, made our way to the emergency room.

My 16-year-old self was starting to observe the pain – and with that came delusion.

I messaged someone before entering the emergency room, thinking if I die – I made sure I did.

The night in the emergency room was rough.

I checked in and was triaged. Based on my injury, my pain tolerance, and my current condition, I was assigned a level of priority.

As it would turn out, I wasn’t the top priority – and rightfully so.

I had a broken shoulder.
Others were dying.
I felt better gaining the perspective of my surroundings.

An hour or so into the waiting process, a few doctors came by to do an assessment.

Dislocations were routine, so in theory, it was as simple as popping the shoulder back into its socket.

It appears obvious in retrospect, but the only way to put in a dislocated shoulder is to relocate it into its position.

It goes in the same way it came out.

It also requires a similar amount of force. The collision expended a lot of force onto my shoulder. We’d need to match that force to a certain degree.

The doctor had me grip his hand as he applied pressure down and into the socket of my shoulder.

The pain was acute. It was like there was a knife cutting into my bone.

The doctor was unable to insert the shoulder.

I cooled off and then started to get worried.

A specialist was paged.

Fortunately, he claimed he had the expertise to pop it right back in.

His confidence was paired with some friendly jokes – this was what I needed as a worried kid.

His demeanour was backed with his skill. He had me grip his hand as he angled and pushed my shoulder with force.

Vivid audible feedback cleared the tension in the room.

My shoulder was in place.

A subsequent x-ray proved my shoulder was indeed fractured.

It would patch up and heal over time.

The following months – and years, really – of recovery and rehabilitation haven’t yet made my shoulder what it once was.

Its range of motion, mobility, strength, and speed of fire, have all suffered.

My shoulder injury has been incredibly transformative.

Our bodies are so intricate and should be treated with the highest level of respect.

All of the components of the body function cohesively. It often takes one of these components to break to realize how seamless it was once working.

I have an ever-growing appreciation for my body, and all of its flaws, too.

The functions my body can support, the systems in place that let it function in those ways – it’s all fascinating.

I’m grateful I broke my shoulder, as it was only after then that I started to cherish what I have.