I broke my favourite mug as I was beginning to wash it.

I lathered the contour of the mug with soap as I prepared to rinse it. The soapy sides slipped through my hands.

The mug crashed down hard and shattered into four pieces. 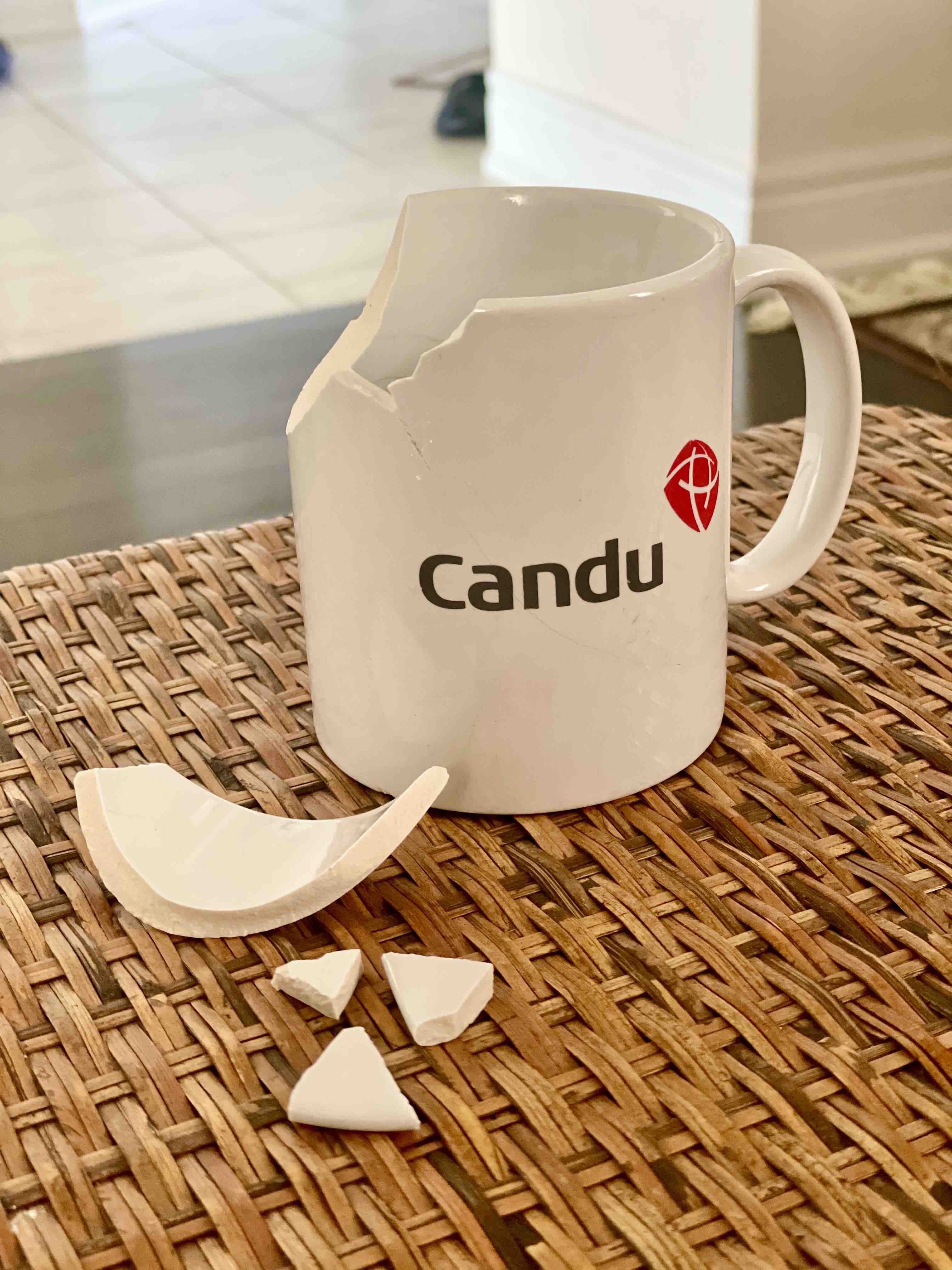 I got the mug in middle school when I attended a bridge building competition. Candu was a sponsor of the event and I won the mug as a prize.

In Grade 11 Physics, we discussed Candu reactors and I rekindled a relationship with my mug.

The mug certainly held sentimental value. I was attached to it.

My attachment to the mug took fruition in sadness and disappointment.

I realized I’d no longer be able to sip piping hot black coffee from it. It felt like I lost that part of my childhood and all the stories associated with it.

It speaks to the nature of desire, identity, and attachment. A part of my story included this mug, so when it broke, I lost that part of the story.

Of course, this isn’t a truth. It was simply how I was viewing it.

I decided to consciously detach from it. The mug represents my memories associated with it; those remain. Even if those fade, my memories are not an embodiment of me.

While I’ve detached from the sentiments of the cup, I do think it’ll be fun to try and fix it. After all, it’s an opportunity to learn a little bit more about ceramics.

Hopefully I candu it.

Inversely, perhaps broken things should remain broken. An attempt to piece together a broken system may be a recipe for disaster; I’ll be building on a shaky foundation, after all.

I’m sure a follow-up post is on the way, outlining whether I was able to successfully patch up the mug.